Under the shade of Naxalism in the area, we have started an initiative to make sure no one is starved in the city. The Roti bank in Hazaribagh has aimed at providing food to al the starved and poor people in this part of our country. We hope to start some new Roti-Banks in other localities of Hazaribagh and also some of other backward cities.

We collect food from various homes, schools and colleges. With the help of this food, we serve the needs of more than 100 people. Our volunteers go to various schools and colleges and make a request to everyone to donate some food to the organization. We want to make people aware about this campaign so that the kind-hearted people of city will help us in our campaign.

You can also help us in our campaign by providing us with whatever capacity of food you can arrange. It will be a great help in extending our campaign.

The Roti-Bank has currently started its operations in various regions across the Indian Capital. The Roti-Bank in Delhi inaugurated its first branch in the Azadpur area. Within short period of time, we have opened our centres in various other localities like Govindpuri,

The primary aim of these centers is to provide the food to the starving poor guys. We provide food to almost all 400 people every day with our dedicated team members that are always ready for the service of humanity. You can also do your bit by helping us in our initiative. For opening a Roti-Bank in your area, you can contact us.

Our aim is to open a Roti- Bank in every street of Delhi that can cater food to the destitute. We aim to provide meals to all the poor and needy people in the city. We believe in the fact that best way to serve the god is by serving the humanity and we are leaving no stone upturned to feed the starving people of Delhi.

The Roti Bank in Uttar Pradesh caters food to 400 peoples of the Bundelkhand region. Currently, they have started operations in the various districts of the Bundelkhand area where thet provide meals to the destitute. We have aspiration to set-up Roti- Banks in all districts of Uttar Pradesh that will guarantee all the poor peoples of the state the right to meal and help then satiate their quench.

We have a team of 45 committed individuals who give it their all to provide basic meals to at least 400 peoples in a day.  Our volunteer collect food from the houses in different localities of state and from that collected food only we provide meals to starving people. We don’t discriminate anyone on the basis of caste, creed or color and in our branches we cater food to everyone without asking for their religion or caste.

Roti-Bank in Mahoba is first of its type. We are a group of hard-working and committed individuals that are dedicated towards this social cause. With the help of our team, we currently provide food to nearly 400 people every day.

Our volunteers collect food from the homes in the city. With the help of the food that we collect, we prepare meals for poor and feed them regularly. In our organization, we cater meals to people from all religions and sects without any discrimination. Any starved or poor can come to us and we will offer them with meals.

How you can help:

You can also help us in our initiative by making your contribution. You can provide us with food or money that we will use to serve the needy people. For more, visit the city office of Roti-Bank in Mahoba. 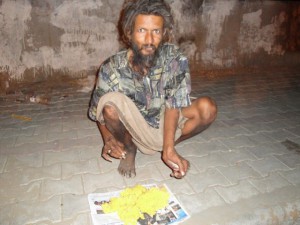 A helping Hand to the poor-The Roti banks

The Roti bank was set up as an experiment by the four youngsters of Aurangabad to help the poor and save them from starvation. They collected two Rotis from each house in their area and with the collected food they served for the starving.

But as we say, Goodness is fuel that keeps on running, in the same way this effort has now spread in all the cities of India. People from all the regions are doing their bit through this Roti-Bank campaign to save people from starvation.

Mumbai Dabbawalas a great asset in this effort:

Mumbai dabbawalas have made great contribution to the Roti bank, they ask for the people to provide extra Rotis when they pack dabbas for their dear ones. They all collect those extra rotis and use them to save people from the starvation. This helps a substantial number of poor people to get food for them.

Roti bank: An effort above all differences 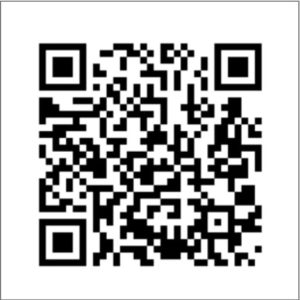